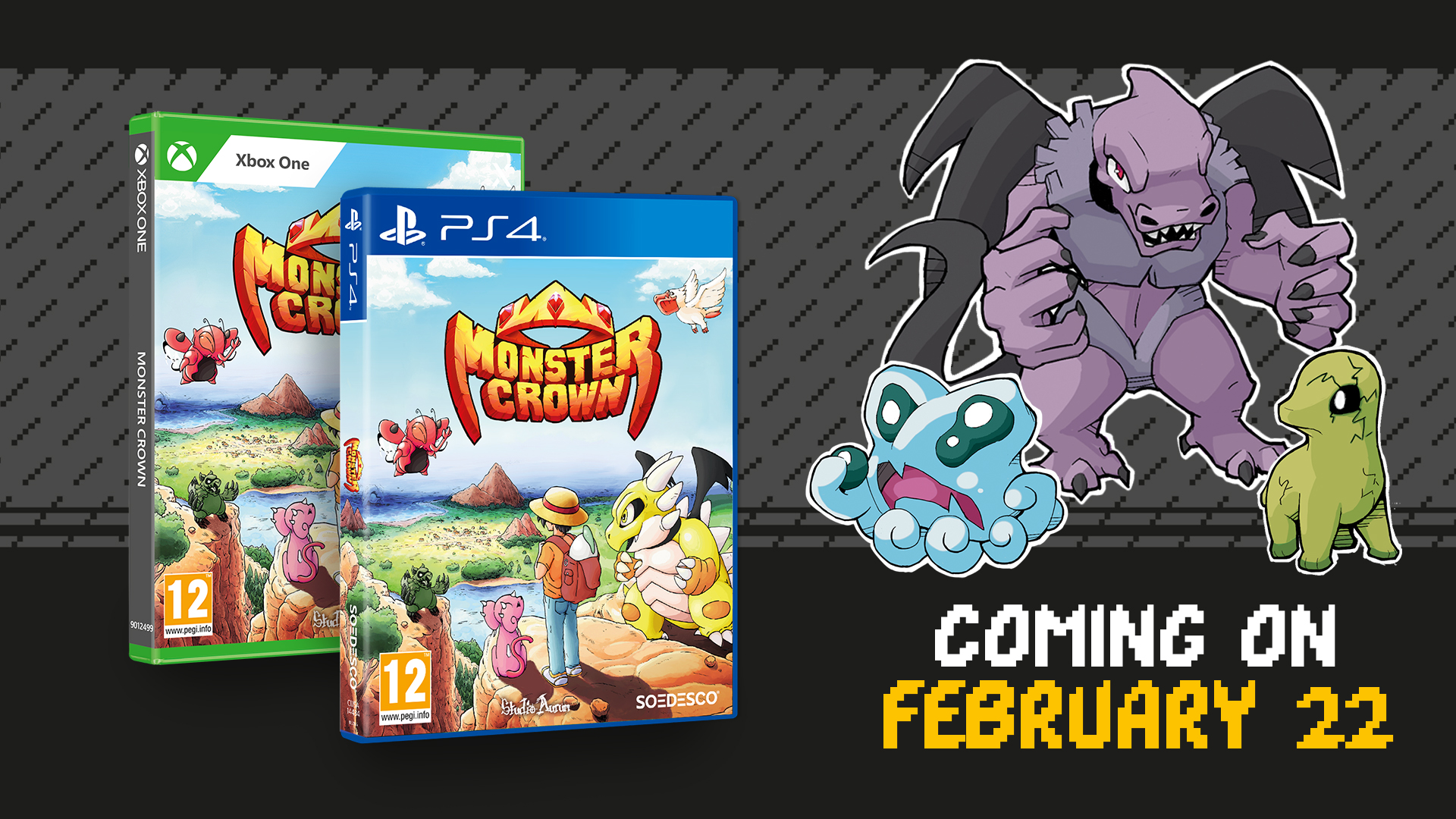 Rotterdam, The Netherlands – 20 January 2022 – SOEDESCO and Studio Aurum have announced that dark monster taming RPG Monster Crown will be coming to PS4™ and Xbox One on February 22, 2022. The game, which saw its digital and physical release on PC and Nintendo Switch of October last year, is a great fit for fans of the retro pixel art monster taming era and for those who enjoy and a turn-based combat gameplay.In a recent tweet, Canadian solo developer Jason Walsh promised a prosperous year for Monster Crown and looks forward to bringing the game to PlayStation and Xbox as well as “significant content updates tailor-made to please monster veterans and new tamers alike”.Download the press kit here.

About Monster CrownUnravel Crown Island’s dark story as you create your own monster legacy. With a history of sadistic rulers and heroic saviors, the island faces another threat in the form of a malicious young woman seeking power. It’s up to you and the monsters you make pacts with to prevent the return of tyranny. Will your decisions make you a savior or a dark messiah?Features

Launching on October 28 on PC, PlayStation®, Xbox and Nintendo Switch™